Skip to content
Try Predictive Index®
Register for a workshop 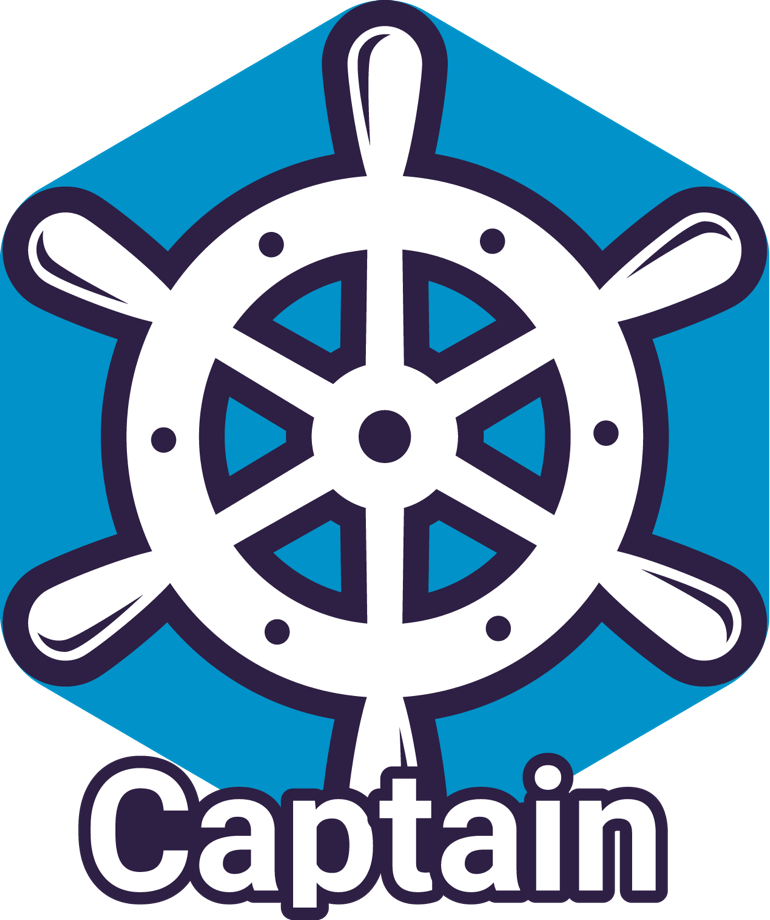 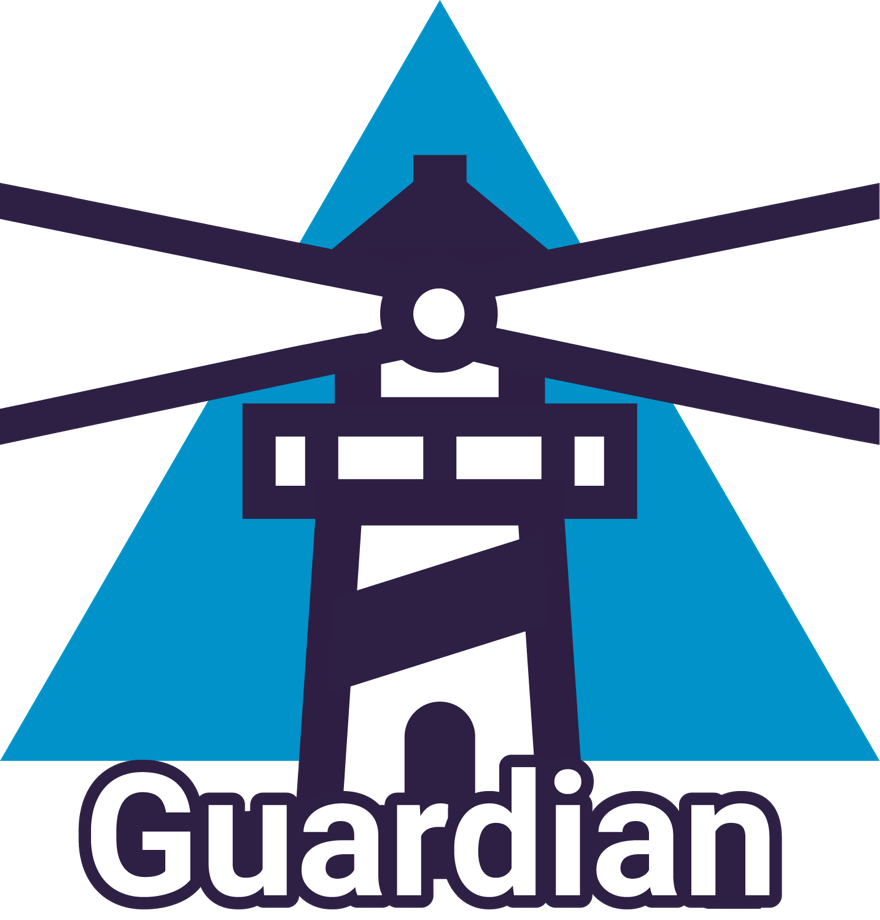 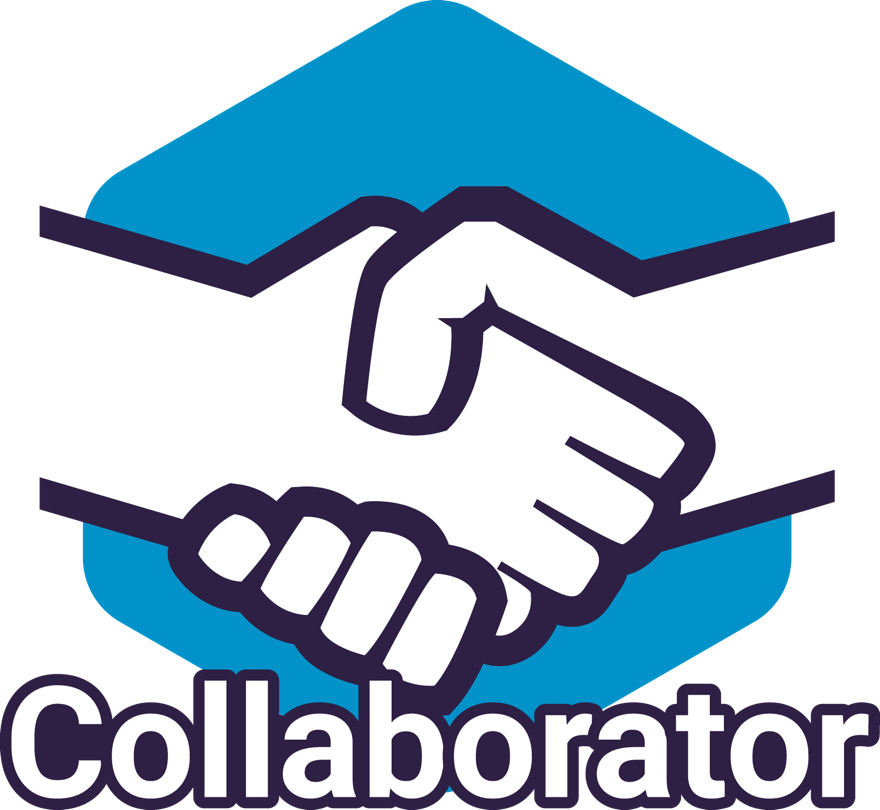 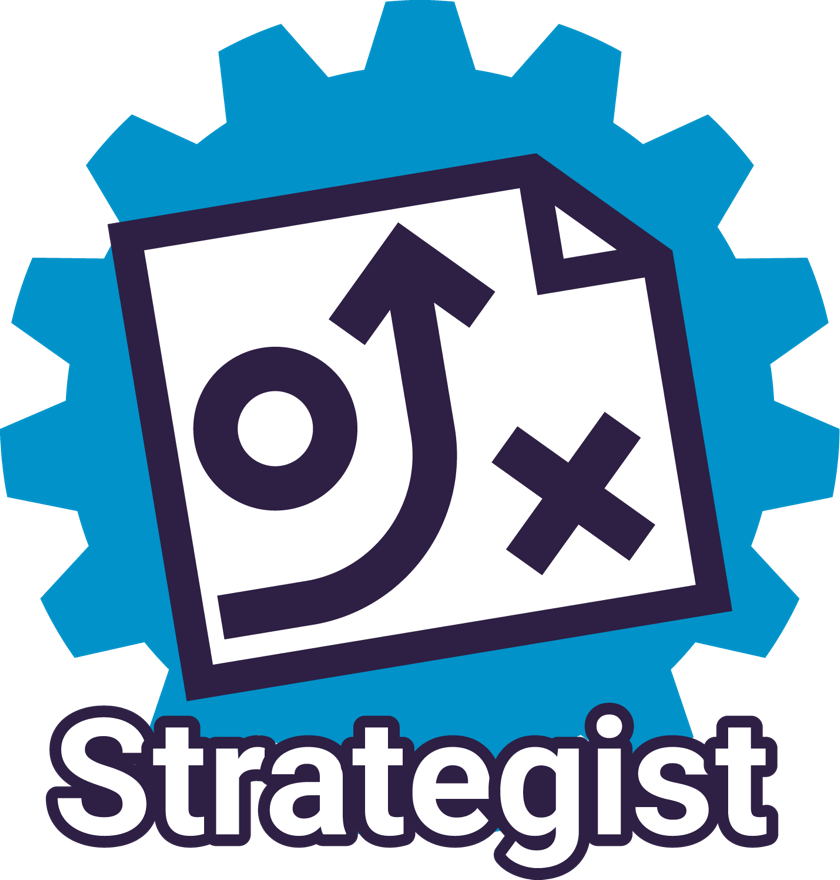 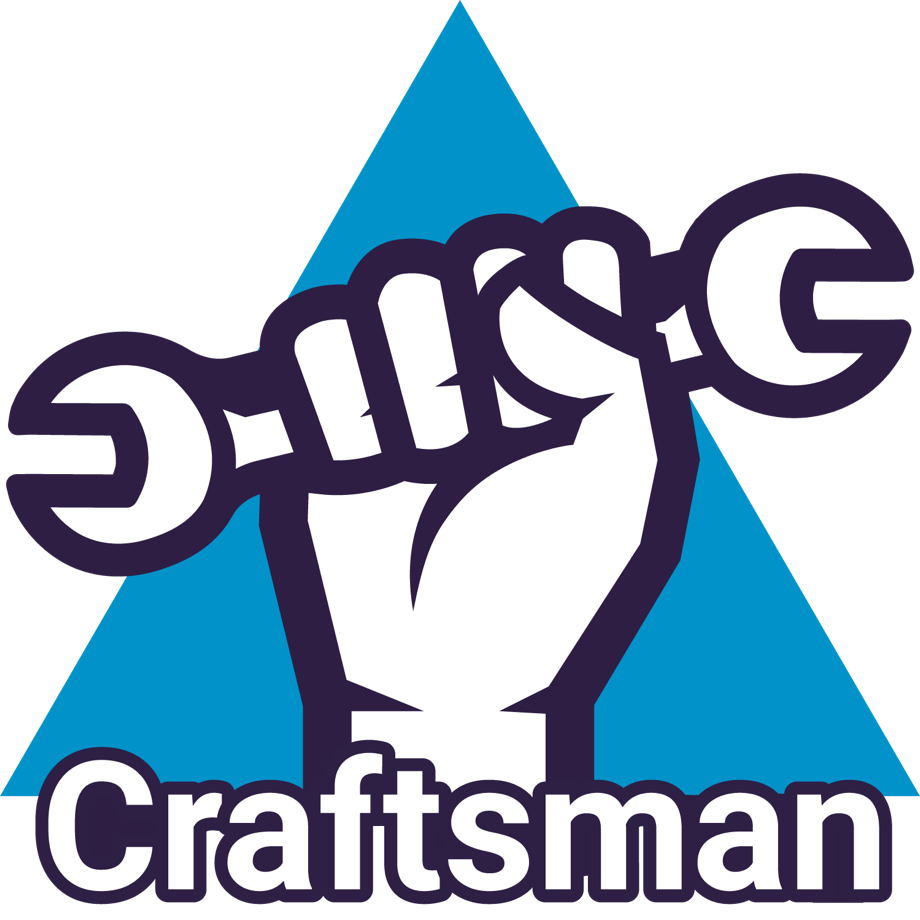 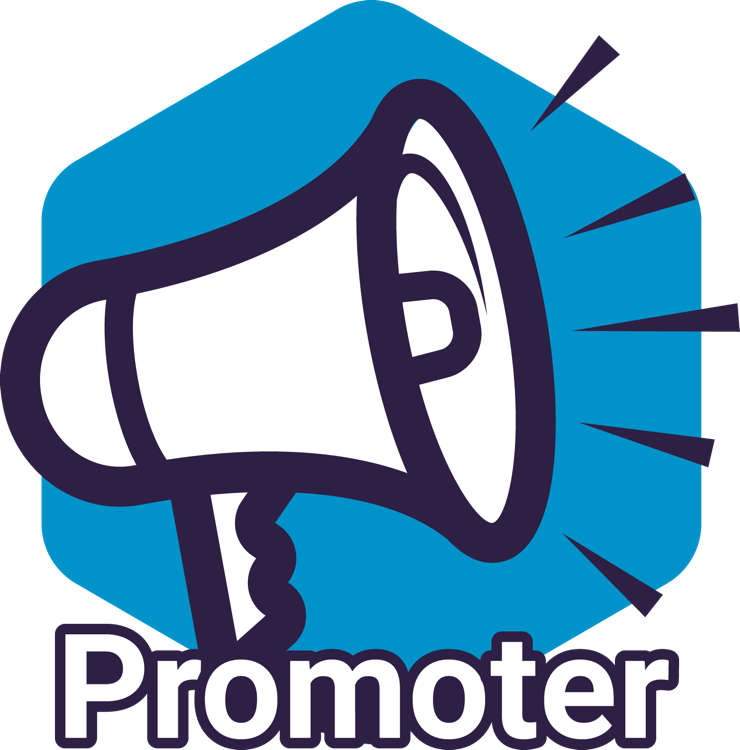 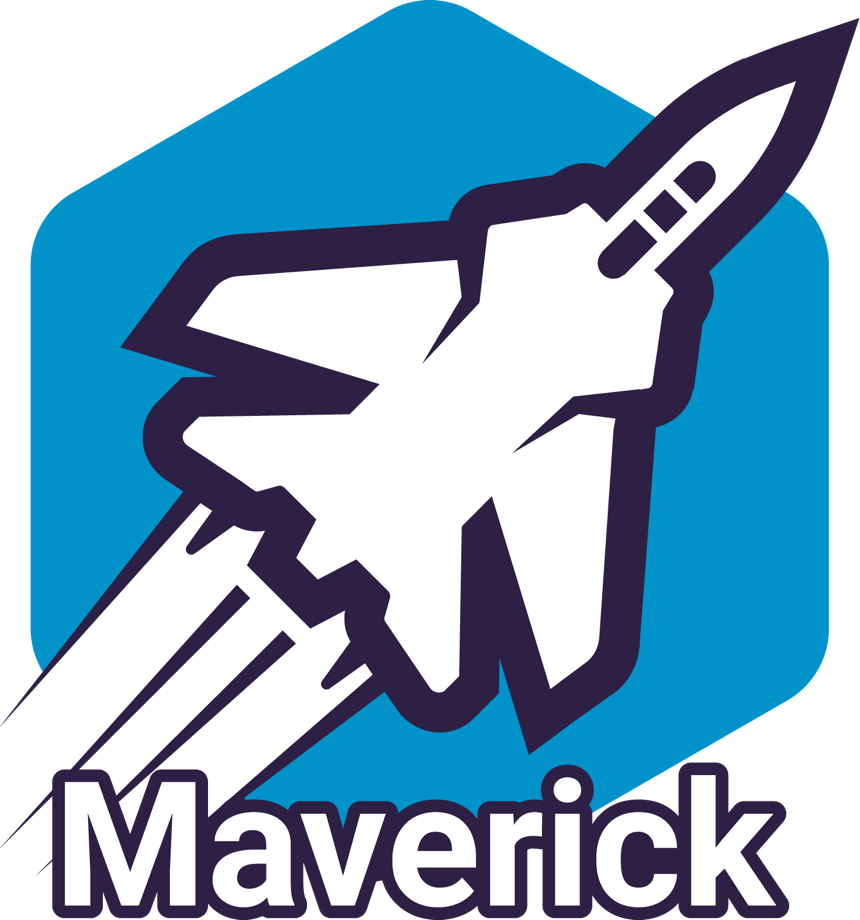 Let us equip you with the know-how to grow your organization, beginning with your most important resource - talent. Fill out the form below and one of our expert consultants will reach out soon. 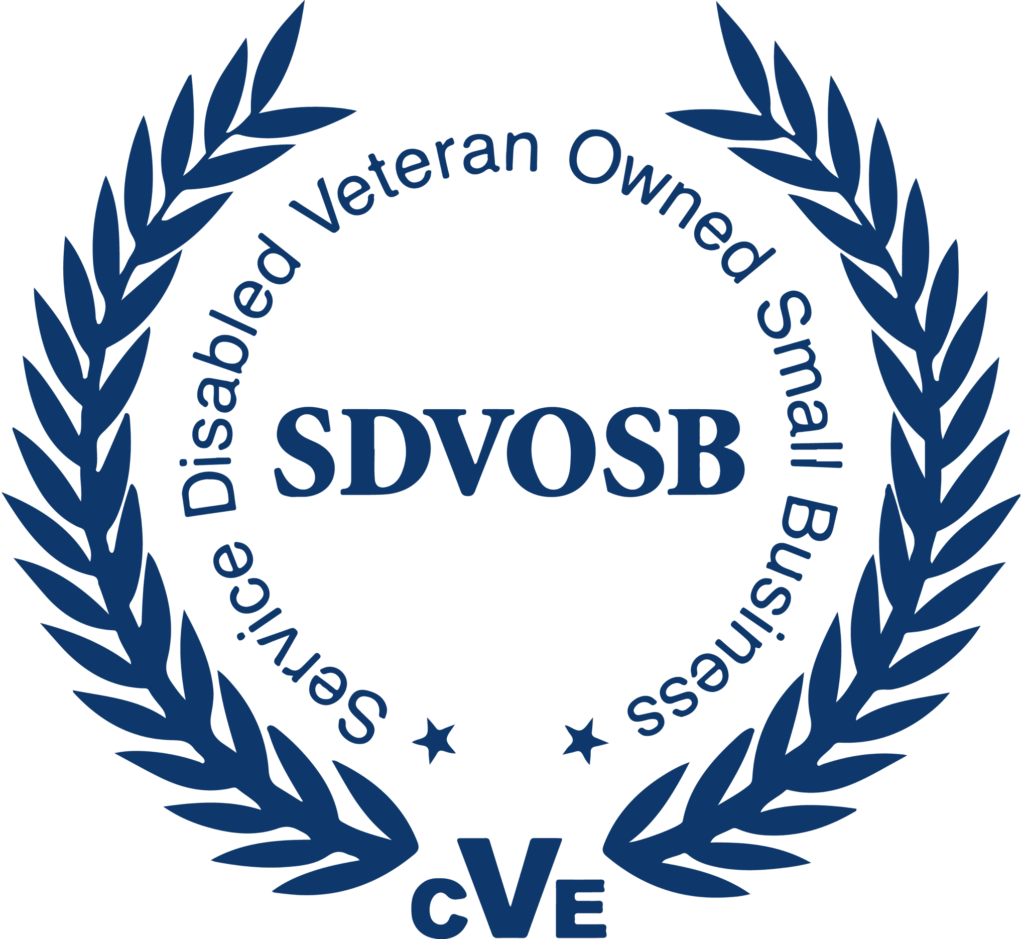 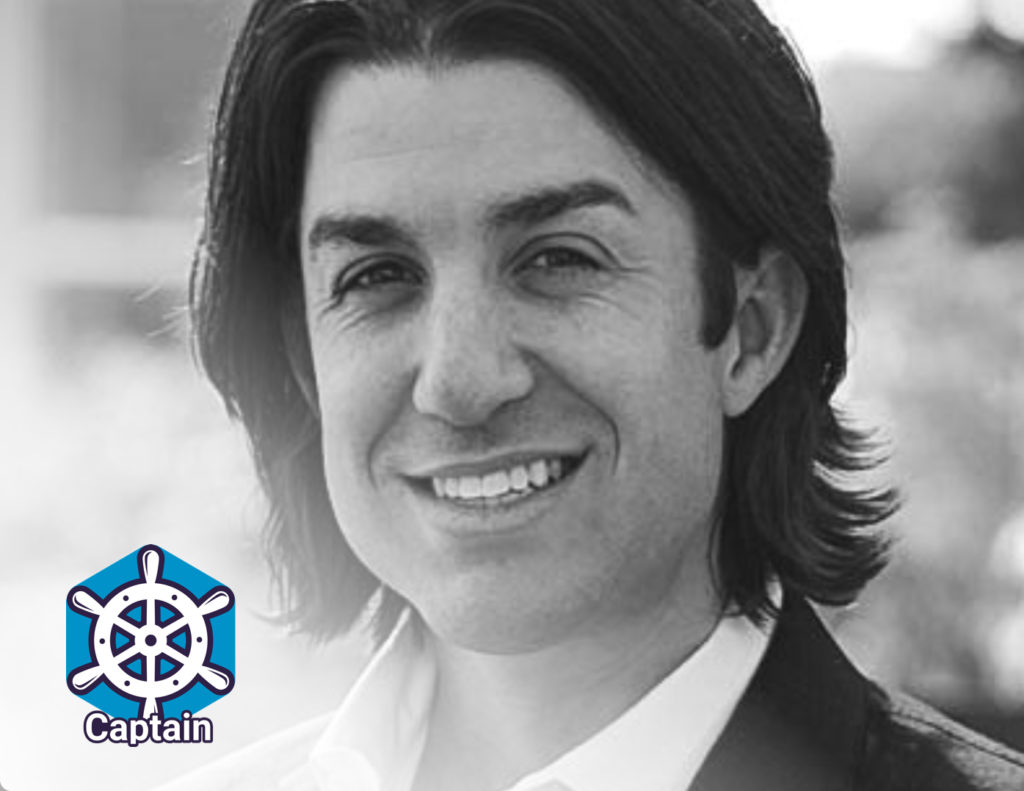 Jeb is the President and Chief Operating Officer of The Predictive Group. A graduate of the University of San Diego with a Bachelor of Arts in Finance and Management, Jeb began his career in the financial services industry. Working in B2B sales roles led Jeb to working in Commercial Real Estate for a large Land Development investor. Building upon his experiences in deal structure, capital formation and sales, Jeb moved  into the role of Chief Operating Officer of War Horse Leasing, a heavy equipment leasing company. After joining Predictive Group, Jeb led the growth of the company by investing in new assessment and training products and expanding sales territory to California, Oregon, Washington, New Mexico and Nevada.

A significant portion of Jeb’s focus is the growth and development of the Predictive Group, which includes the addition of new Associates to the team.

In addition to his operational duties for the group, Jeb services a number of Predictive Group clients personally. 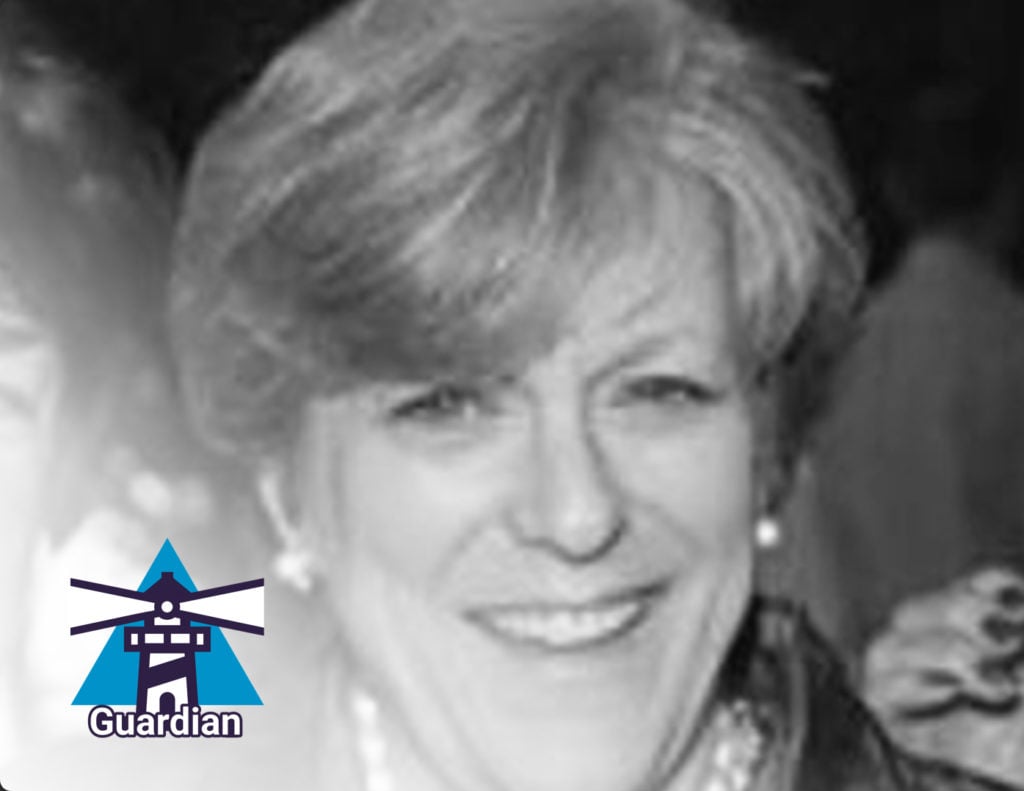 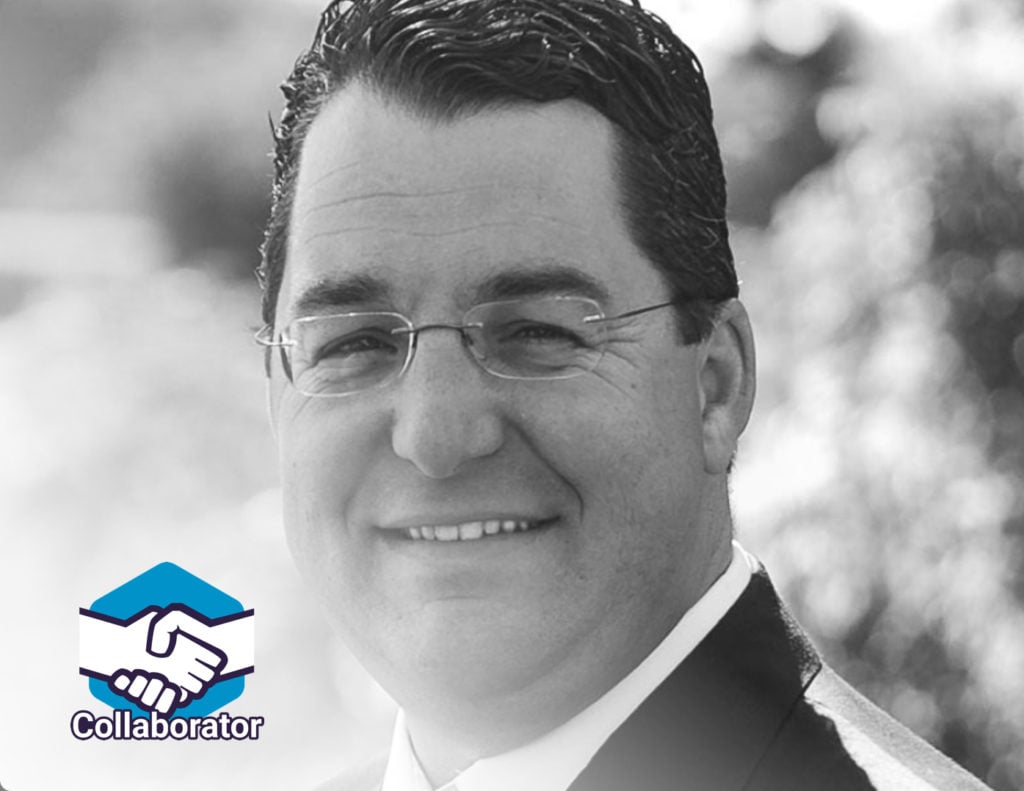 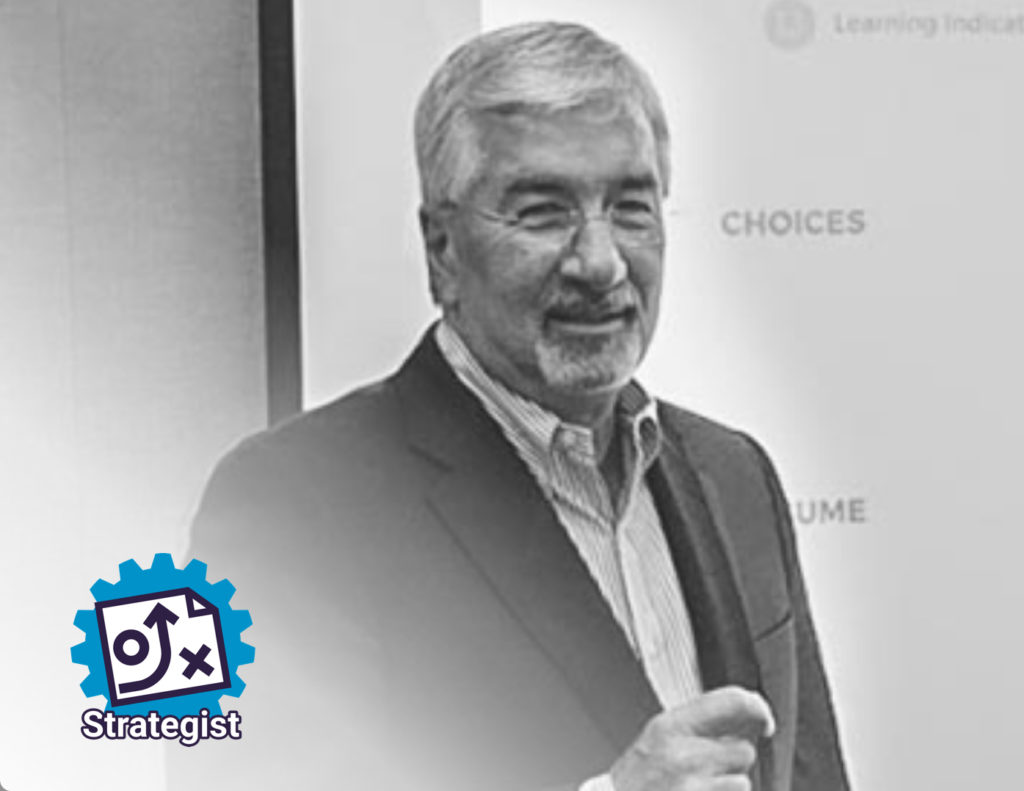 Mike is the Founder of The Predictive Group. After running a public company in 1990, he implemented Predictive Index into his company to assist with hiring and business needs. He was instantly mesmerized by the Predictive Index Survey’s ability to predict performance. By 1993, Mike was supporting PI Certified Managers across the globe. Mike has observed thousands of PI Trained Managers begin the transition to true leaders in their organizations by adjusting their performance behaviors. Tuning into one’s performance behaviors requires understanding of those behaviors and having a clear perspective on the Fits and Gaps with one’s ambition. It is truly one of the greatest pleasures in Mike’s life to have watched personal careers accelerate as managers begin to have fun leading others by applying their Predictive Index knowledge.

As a graduate of the University of South Florida with a Bachelor of Arts in Business and an Honorably Discharged Disabled Veteran from the United States Air Force, Mike began his career in the telephone and desktop software industries, quickly moving into leadership roles and navigating companies through acquisitions, mergers, and product launches.

Mike purchased 43 restaurants in the Western United States. It was during this time that Mike first saw the impact of Predictive Index within his company, and how it can create a successful human infrastructure. After successfully serving as an Associate for PI Worldwide for 6 years, Mike purchased the PI License for Arizona in 2000. As the demand grew, The Predictive Group expanded their product line, adding cognitive assessments and leadership training modules, as well as acquiring licenses in California, Oregon,. Washington, New Mexico, and Nevada. 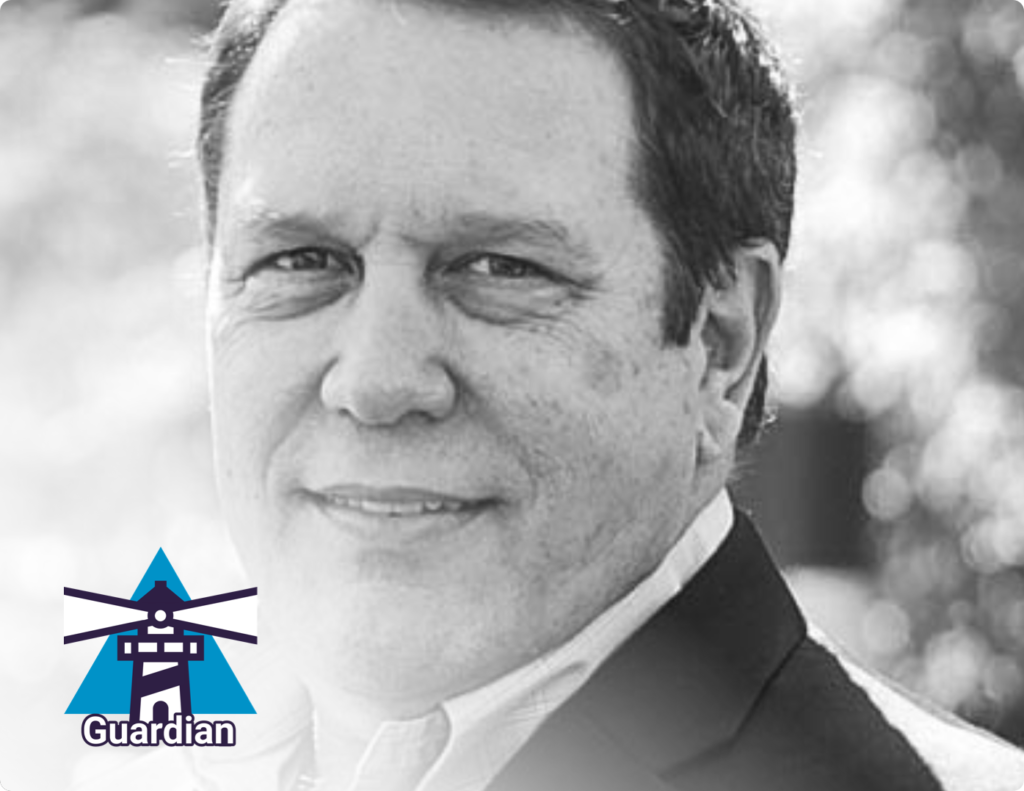 Tom is driven to excel and thrives in an environment where nothing less is acceptable. Tom has a strong background in retail, wholesale and distribution environments and has previously held Executive Positions for Bayless Supermarkets, CKS Auto and Fredrick’s of Hollywood.

Tom graduated with an Accounting degree from Ball State University before moving to Arizona in 1983.  Tom likes all sports, but especially Arizona State University Football, where his tailgate events are legendary since 1997.  In his spare time, Tom enjoys golf, woodworking and spending time with family and friends. Tom lives in Glendale, AZ with his wife and dog.  His two sons, daughter-in laws and two grandchildren live nearby. 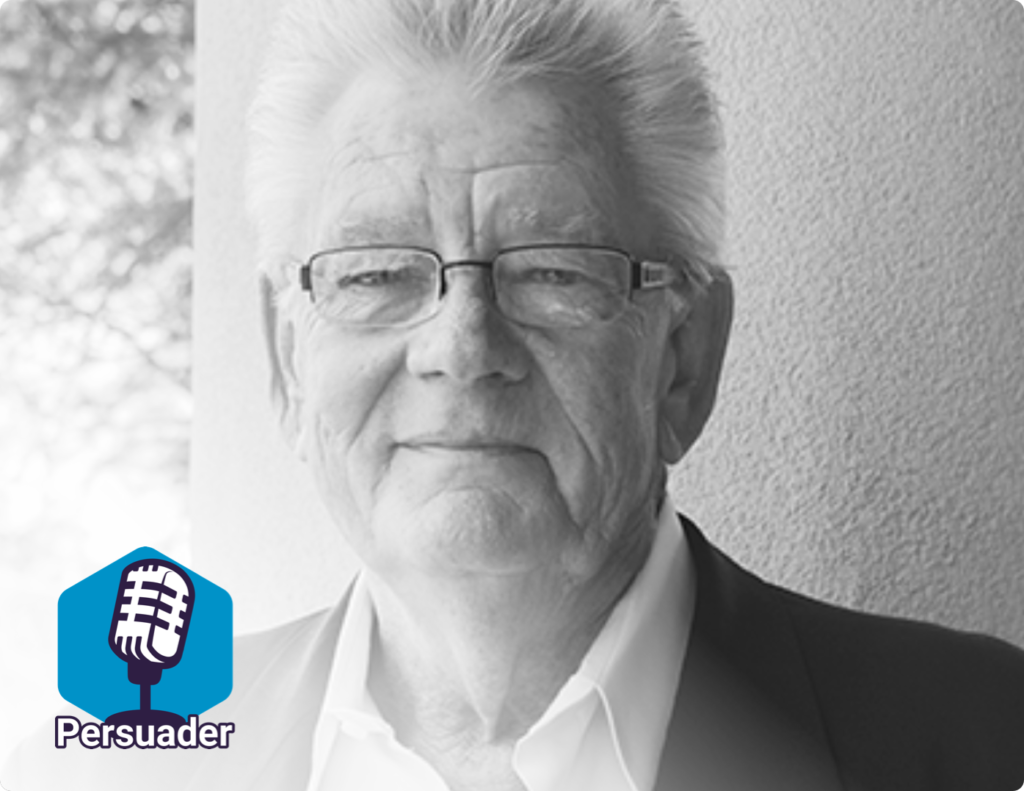 Dan is a proud Veteran and is proud to be a part of a Veteran-Owned Business. 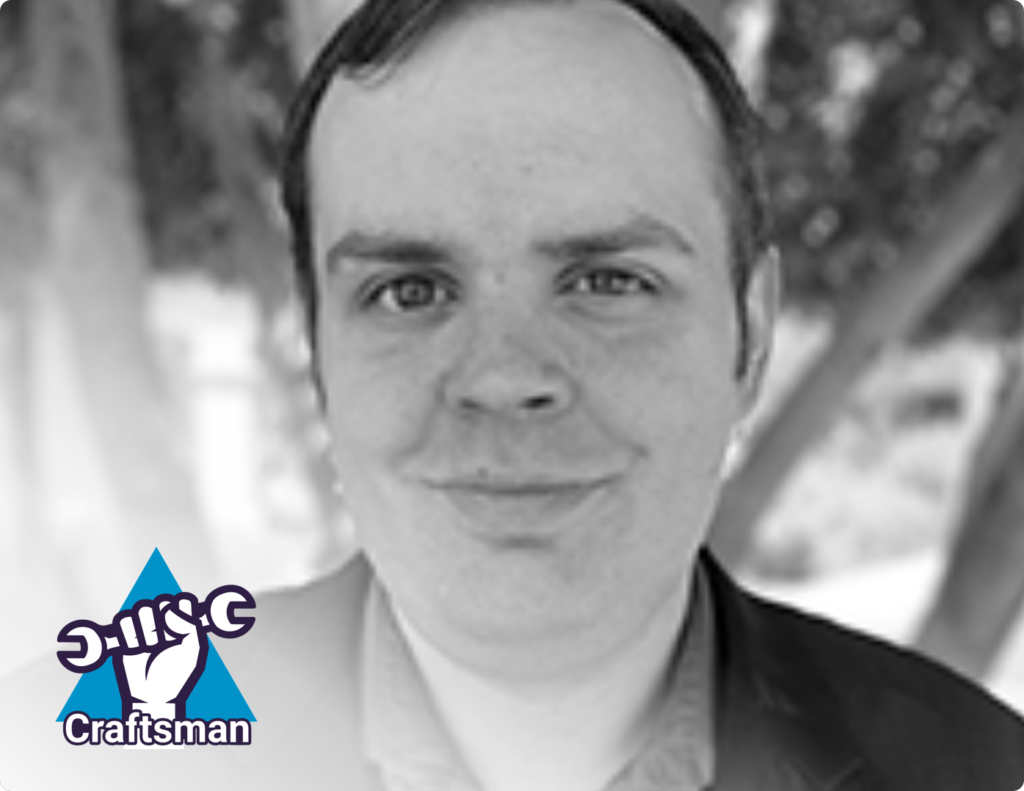 John is the Accounting Coordinator at Predictive Group. He has been a part of The Predictive Group Team since 2018, where he is responsible for invoicing, creating financial reports, and other accounting operations. Prior to joining Predictive Group, he worked as an accounting clerk for a CPA in his home state of Alabama.

John attended Auburn University for Software Engineering and is currently pursuing a degree in Finance from the University of Arizona. 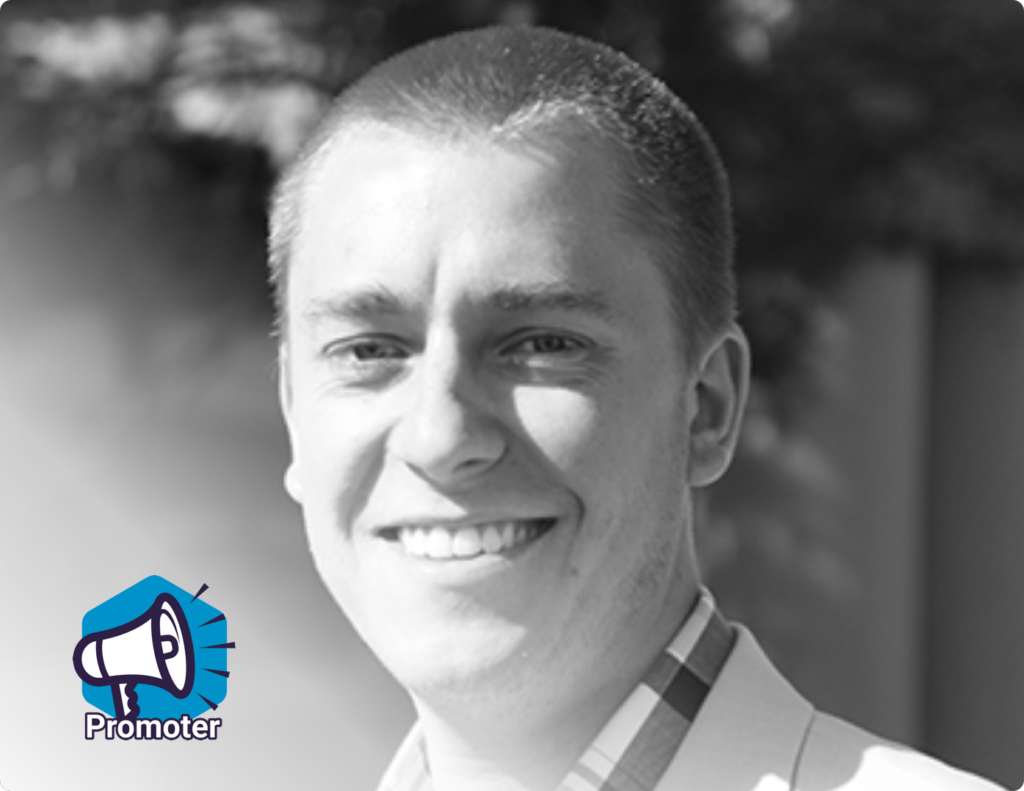 Justin joined Predictive Group in May of 2016 as a Client Advocate. Since 2016, Justin has provided Predictive Group clients world-class care; from onboarding new PI programs and laying a solid foundational knowledge to tackling special projects and training our clients in the Predictive Index methodology. Originally from Wisconsin, Justin moved to Phoenix to get out of the snow and to spend more time on the golf course. Justin graduated from the University of Wisconsin-Green Bay with a Bachelor of Arts  in Business Marketing in May 2015 and moved to Phoenix just two weeks later. Justin comes from a sales and customer service background, and is putting these skills to good use as the Client Advocate for The Predictive Group. 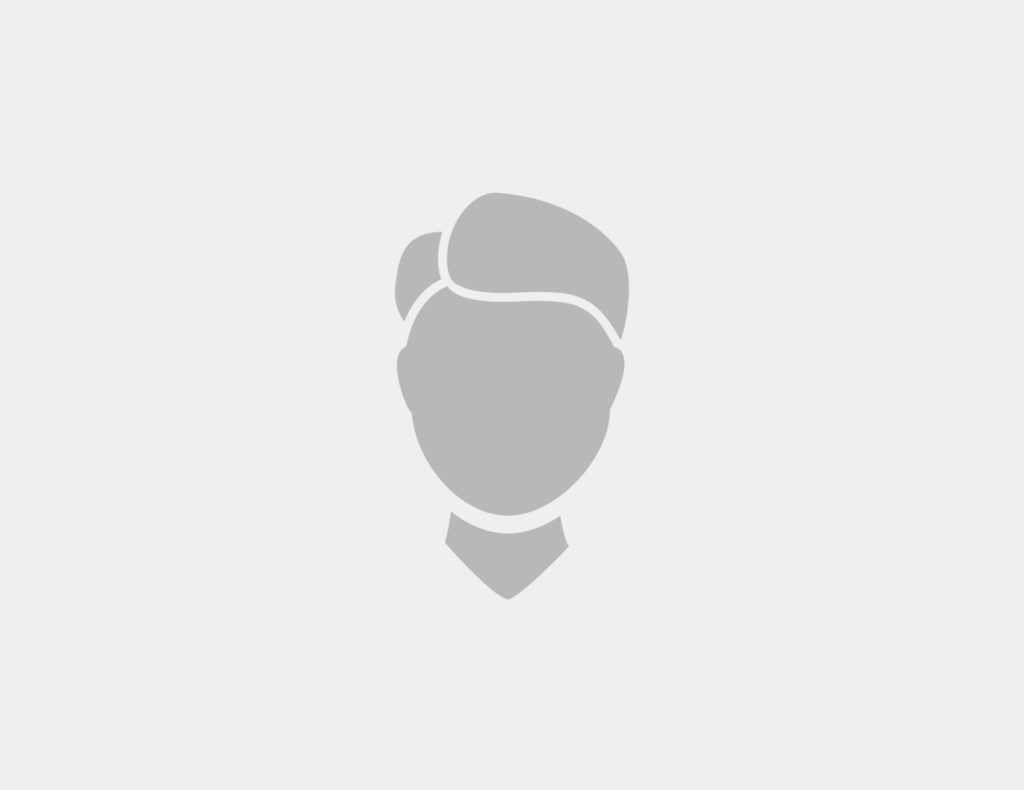 Tom partners with the leadership team to guide them through the strategic planning challenges associated with talent acquisition, development, sales performance, and workplace productivity. From start-ups through Fortune 100 companies, optimizing performance of human capital is critical to meeting growth and valuation objectives.

Prior to joining Predictive Group, Tom worked in the Financial Services Industry. 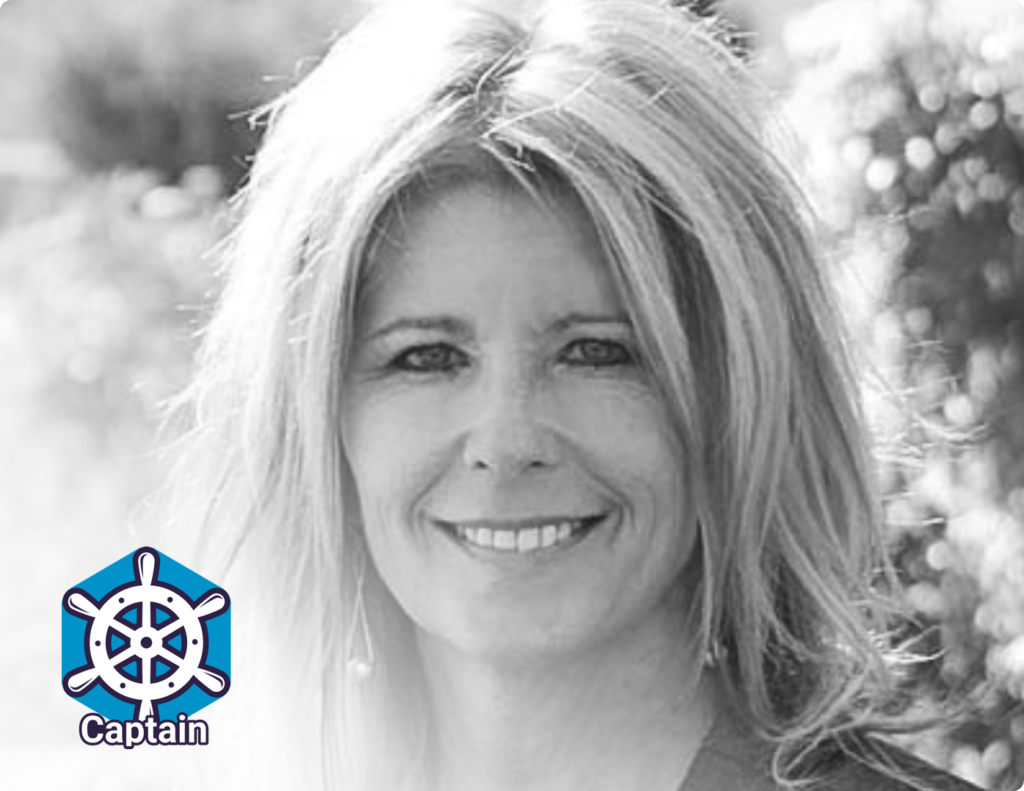 Diane joined the Predictive Group in 2013 and brings 20 plus years of executive leadership in nonprofit, government and large corporations.  She is an entrepreneur, starting two companies and realizing that scalability is directly related to finding the right talent.  Diane joined Predictive Group as she immediately saw value in leveraging predictive data to optimize performance.  Diane provides hands on and strategic support to businesses in the areas of strategy, talent optimization, succession planning and employee experience.   “It’s gratifying to help client’s use behavioral and cognitive data to find the best in each individual, and then use the data to build upon that potential to accelerate performance.”  Industries as diverse as healthcare, technology, nonprofit, hospitality, construction, insurance, manufacturing and state government rely on Diane for improved results and better business execution.

She has a B.S in Sociology from Kansas State University and Master’s in Counseling from Northern Arizona University. 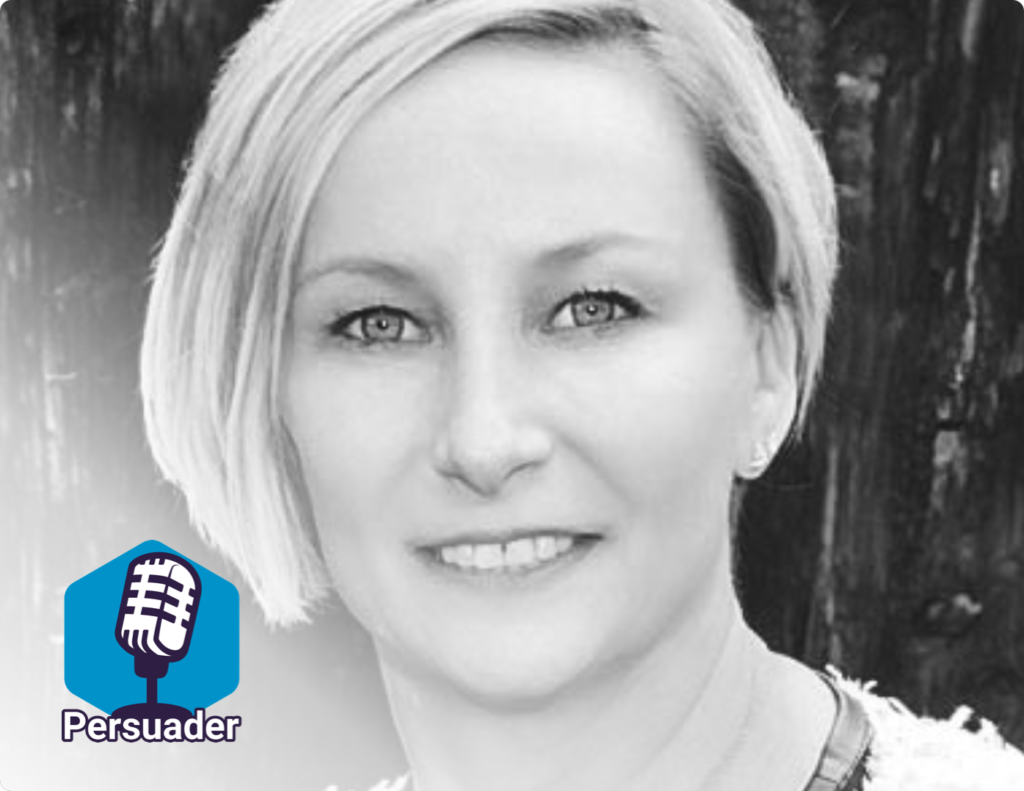 Amanda brings over 35 years of International business expertise to The Predictive Group, with a diverse background leading technology-driven organizations.

From startups to multinational employers with thousands of employees, Amanda has seen the same challenges that are solved by the combination of the Predictive Index’s methodology and Predictive Group’s professional services.”

Amanda enjoys working with her portfolio of PI clients to help them navigate the alignment of talent to business strategy to drive the company’s desired business results. Amanda helps her clients understand  their company culture and ensures that the leadership team is aligning their workforce with consistent messaging and a clear direction to lean into.

With clients in the Food Services, IT/Software, Construction and Manufacturing and Healthcare industries, it’s clear that the need for a self-aware workforce is consistent.  Nothing is more satisfying than working with teams to ensure communication is effective and productive. 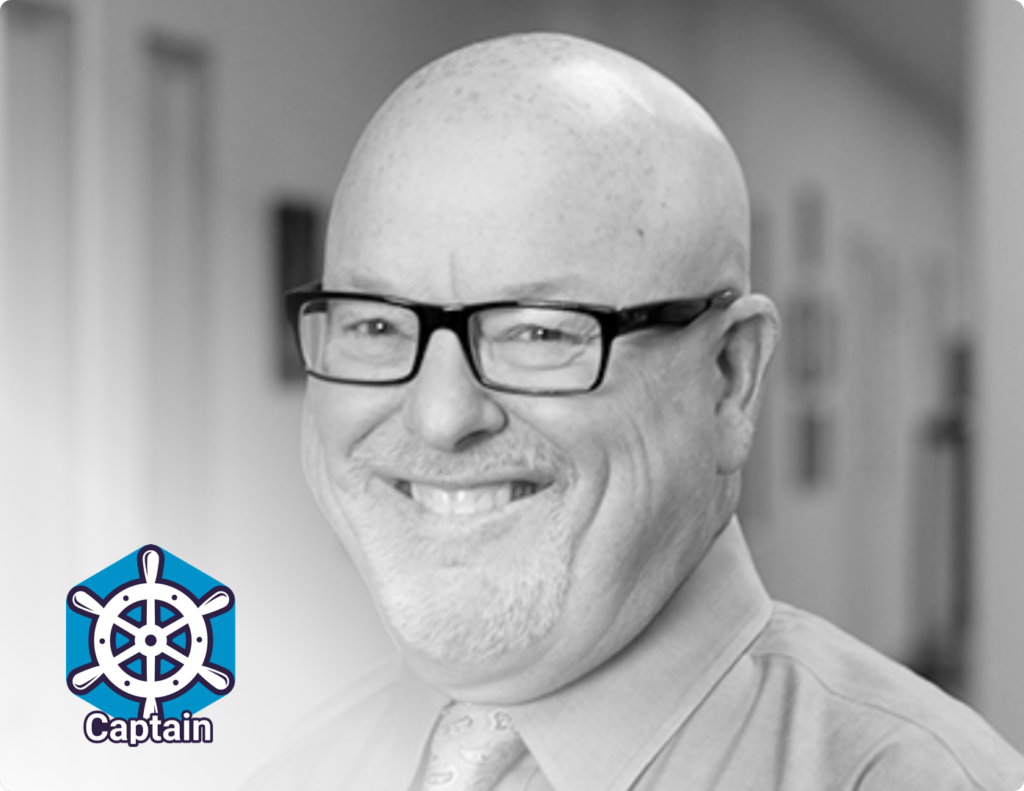 Sam was first PI certified in 1989, in Europe and again in 2002 in California by Stephen Daniels, son of Arnold Daniels, PI founder. Sam has extensive experience in utilizing PI in the manufacturing and service sectors specializing in family and employee owned businesses.

Sam started his career with Xerox Corp. (Shugart Associates) as a Human Resource specialist, focused on staffing, training, employee relations and college and executive recruiting.  After several years with Xerox, Sam joined Data General Corp as Western Director of Human Resources located in Manhattan Beach, California. As a member of the Executive Team, Sam was successful in turning around an ailing sales and technical support division and within a one year period.

In 2004, after 18 years with Grundfos, Sam joined the family business of Geil Enterprises Inc. located in Fresno as President/CEO. In 2006, the company was sold to Sam and his two nephews. Sam retired from Geil Enterprises Inc. in 2013. Sam is currently the principal of Geil Consulting, a California-based global management and leadership consulting firm specializing in enterprise development. 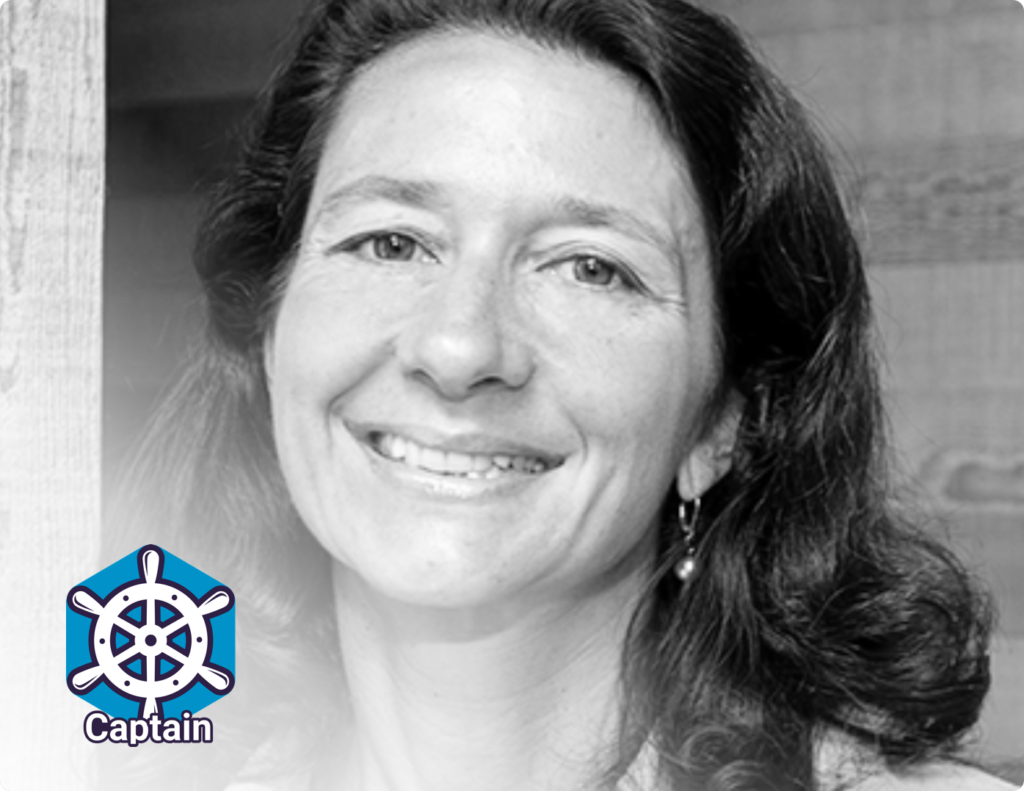 Roslyn has worked in management consulting for nearly 20 years. Her focus and expertise is aligning an organization’s people strategy with their business strategy.   She provides employers with a framework for constructing successful teams, empowering managers to unlock the potential in each employee, and creating the culture needed to bring the business strategy to life.

As a business unit leader at Merrill Lynch/Howard Johnson, Roslyn experienced many of the same challenges her clients are tackling.  She led a practice area with over 100 consultants and saw first hand the need to provide managers with a better way to inspire the people on their teams.  The majority of her time was spent teaching her leaders how to lead others.

Through her partnership with the Predictive Group, Roslyn is able to bring best-in-class tools and workshops to her clients.   She has worked with employers in a range of industries and sizes, from Fortune 500 organizations to sole proprietorships with less than 30 employees.  She is based in the Seattle area and serves clients throughout the Northwest.

Roslyn has an MBA in Marketing and Organizational Behavior from Northwestern University’s Kellogg Graduate School of Management, is a certified analyst of the Predictive Index and a certified Talent Optimization Specialist. 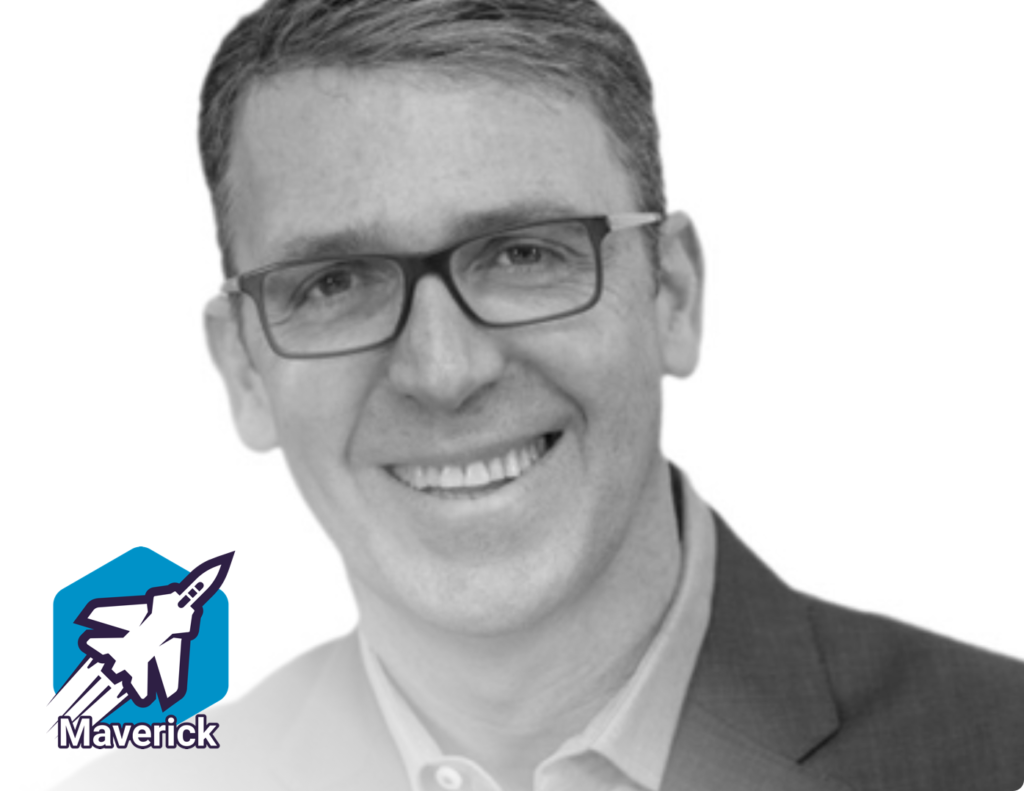 Peter Gray is an accomplished Senior Executive Leader and Board Member with measured success across leadership, management, team and operational consulting, training, and development. He has successfully led many high-performing teams across various industries by informing, supporting and implementing growth, change and innovation initiatives.

Peter founded SNAPSHOT Leadership in 2014, where he currently serves as Principal of Strategic Partnerships. Prior to that, he served in numerous leadership roles at The Ken Blanchard Companies for 15 years, including Director of Customized Training Products, Vice President of Operations and Executive Leadership Team Member. His efforts were consistently recognized by the organization’s associates and principals as he consistently led successful performance turnarounds.

Leveraging his extensive experience in the strategic alignment and development of people, processes and business results, Peter joined The Predictive Group after recognizing an alignment of values, passion, and focus.

Peter also founded Life Coaching for Kids.org, an out-of-school time program from students 11 to 18 to develop EQ through the Arts. He has resided and worked in South Africa, London, New York, Chicago, and currently calls San Diego home.

Brian is a 35-year Automotive Industry veteran. He graduated from USC in 1987 with a Bachelor’s in
Public Administration. After graduation he joined Galpin Motors, the number one volume Ford dealership in the world. Brian held numerous positions at Galpin including Finance Manager, Used Car Manager, Group Finance Director, and General Manager.  As a member of the executive team, Brian was instrumental in Galpin’s growth.

Brian then joined Keyes Motors in 2005 as General Manager and then Partner in Keyes Audi. Brian was able to lead his team to be the number one volume Audi dealer in the United States. He also served on Audi’s Dealer Advertising Group guiding everything from vehicle launch campaigns to Superbowl Ads. He retired from Keyes in November 2019 and joined Predictive Group as a Senior Associate in 2020.

Matt’s experience serving as the CEO / President of two companies proved his belief that high performance teams must first know themselves and know their team.  After a flying career in the US Air Force, he embarked on a technology career with multiple roles in IT and software development. This led him to start and lead the successful growth of a software firm that delivered custom solutions to enterprise
clients where he discovered the intersection of his technology expertise and his passion for helping
people understand their behavior at work.

As an organizational executive, Matt found that transformation happens more effectively and quickly when leaders and team members understand how they’re wired and how to help others based on how they are wired.